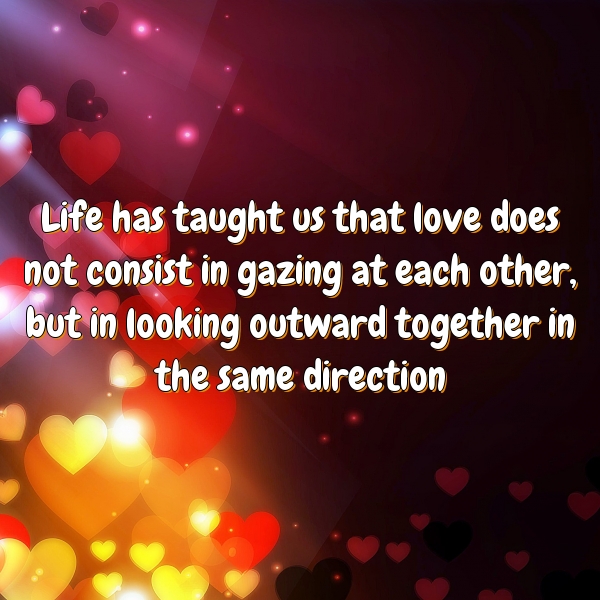 Distracted by a Brass Padlock

Well, there’s no doubt about the promised view from the Pont de l’Archeveche. Sculptural decoration oozing with French flamboyance, proudly depicting the most colossal extravagance of French Gothic architecture. Permeated with a medieval romanticism, echoing vibrations into the already amour saturated Paris atmosphere, subsequently desecrated by almost every visiting human being with the sadly, immortal slurred words ‘the bells, the bells‘ with some of the more theatrical pieces, accompanying the speech impediment with a limping trundle and downwardly arched back attempting to mimic a hunchback. The monumental, Notre-dame de Paris undoubtedly, eye-rolls through its ostentatious rose windows a million times a day, being a prisoner to the onslaught of daily impersonations, whilst cursing Victor Hugo for bringing the dreaded hunchback to its crowning buttresses.

The protagonists of ‘The Hunchback of Notre-Dame’, Quasimodo & Esmeralda have mesmerised readers since 1831 and naturally demonstrated their imprudent affection on location. Ironically, Victor Hugo’s intention was to highlight to his contemporaries the value and importance of Gothic architecture which was neglected and often destroyed to make way for newer buildings. Mission accomplished, congratulations Victor! Well kind of accomplished, in a twisty convoluted, distracted way. Not wanting to sound completely pompous, Quasimodo & Esmeralda was about all I knew of this fabulous cathedral and whilst stood in its immortal shadow, I was distracted by the only story I know in connection with the grandiose building and naturally paid my homage, through silent impersonations of the hunchback. Cue Notre-dame eye-roll.

In a nutshell, now that I’m suitably distracted. The story, if you’re not that acquainted with it is set in Paris in 1482. The gypsy Esmeralda captures the hearts of many men, including those of Captain Phoebus and Pierre Gringoire but especially Quasimodo and his guardian Frollo. Frollo is torn between his rather obsessive lust for Esmeralda and the stringent rules of Notre Dame Cathedral. He (n and why wouldn’t you), orders Quasimodo to kidnap her, but Quasimodo is captured by Captain Phoebus and his guards, who save Esmeralda. Gringoire, who attempted to help Esmeralda but was knocked out by Quasimodo, is about to be hanged by beggars when Esmeralda saves him by agreeing to marry him for four years. Straightforward so far!

The following day, Quasimodo is sentenced to be flogged and turned on the pillory for two hours, followed by another hour’s public exposure. He calls for water. Esmeralda, seeing his thirst, approaches the public stocks and offers him a drink of water. It saves him, and she captures his heart.

Later, Esmeralda is arrested and charged with the attempted murder of Phoebus, whom Frollo actually attempted to kill in jealousy after seeing him trying to seduce Esmeralda. She is sentenced to death by hanging. As she is being led to the gallows, Quasimodo swings down by the bell rope of Notre-Dame and carries her off to the cathedral, attempting to protect her, under the laws of anctuary.

Frollo later informs Gringoire that the Court of Parliament has voted to remove Esmeralda’s right to the sanctuary so she can no longer seek shelter in the Cathedral and will be taken away to be killed. Clopin (typical rabble-rouser), the leader of the Gypsies, hears the news from Gringoire and rallies the citizens of Paris to charge the cathedral and rescue Esmeralda.

When Quasimodo sees the Gypsies, he assumes they are there to hurt Esmeralda, so he drives them off. Likewise, he thinks the King’s men want to rescue her, and tries to help them find her (sounds like me, I’ve often got it so wrong by confusing my friends with my enemies). She is rescued by Frollo and Gringoire. But after yet another failed attempt to win her love, Frollo betrays Esmeralda by handing her to the troops and watches while she is being hanged. When Frollo laughs during Esmeralda’s hanging, Quasimodo pushes him from the height of Notre Dame to his death (well done Quasimodo, he deserved no less). Quasimodo goes to the cemetery, hugs Esmeralda’s body, and dies of starvation with her. Years later they are discovered and while trying to separate them, Quasimodo’s bones turn to dust. That, essentially is the story of ‘The Hunchback of Notre-Dame’ Of course, there’s more to it, with deeper characterisations, plus I haven’t even mentioned the bewitching ‘Djali’, Esmeralda’s pet goat, I kid you not, the goat is an absolute 1482 superstar that in modern-day reality TV would trounce the contestants of ‘Britain’s Got Talent’. In addition to dancing with Esmeralda, Djali can do tricks for money, such as tell time, spell Phoebus’ name, and do impressions of public figures (the things goats & people do for money!). Later during Esmeralda’s trial when Esmeralda is falsely accused of the stabbing of Phoebus, Djali is falsely accused of being the devil in disguise. Well, what do you expect? It’s 1482 and a pet goat does stand-up comedy and tricks most humans can’t handle and also understands the monetary/banking system to charge for its services.

Anyway, back on the ranch, this entire piece was a flaccid attempt to capture the distraction of romance and how we are all excruciatingly unbalanced from the already gossamer-thin tightrope we struggle to walk across, balancing what we believe love & romance to be, compared to the rest of the world that is clambering to gulp down snotty-oysters, whilst guzzling champagne, somewhere in view of the Eiffel Tower, when as per usual, I got religiously distracted looking at the Notre-dame de Paris whilst stood on a bridge.

The story and point of the Pont de l’Archeveche before I was crushingly distracted by Victor Hugo, was whilst I stood there doing my best Quasimodo (which isn’t difficult considering my own little speech impediment), a Chinese (their ethnic origin was irrelevant but their broken-English argument, spiced with break-outs of Chinese dialect amused me), couple started to bicker. Let me elaborate, the Pont de l’Archeveche is also known as ‘Lovers Bridge’ or ‘The Bridge of Lovers’ and as became a ‘romantic’ gesture throughout Paris and many other European cities, (and goodness knows who started the trend, probably a passing locksmith who had nothing better to do), it became customary for forlorn lovers to attach padlocks to the bridge, padlocks adorned with loving, romantic immortalisation bonding their relationship, somehow ‘locking’ their love forever. Of course, over time and in recent years many cities banned the paltry portrayal of love, as the hundreds of locks weighed down some bridges, rendering them structurally unsafe. The couple’s argument was hilarious and ended in the woman scarpering, crying her eyes out, whilst he ran after her shouting in his indigenous language, I’m assuming he was apologising. That was comical enough, however, the priceless comedy was a dolloping splash sound as the butterfingered boyfriend dropped their love-endorsing lock into the river Seine, whilst he was trying to lock the padlock onto an already lock, overpopulated bridge girder, probably plonking some poor fish on the head with their heavy Chinese scribblings and indelible hearts. In just a couple of seconds a love that was till the end of time, callously drowned before my very (smirking), eyes. Of course, you’re now expecting a cynical and scathing metaphor on love itself, aren’t you? That it’s oh so temporary, that it fades as rapidly as it begins, that it’s a shallow attempt by humans to seek connection and fulfil their pathetic need to be wanted. Wrong! I’ll save that for another day. Today, it’s really about the distraction of romance itself and the burlesque scenario I was faced with.

I was stood at the centre of the Pont de l’Archeveche, with perfect view of the majestic, (believe it or not, most visited location in Paris, even surpassing Monsieur Eiffel himself), Notre-dame and aside from my immature Quasimodo, moaning about the peal of the bells deafening him, I was in adulation of the structure, commingling fact and fiction, romanticising the cathedral with the enchanting edge of Victor Hugo’s Esmeralda & Quasimodo, particularly how their skeletal remains were found with Quasimodo wrapped around his love interest, a love that she had never envisaged whilst she was alive and yet he died of starvation as he held onto her for an eternity. I was spellbound in a moment of sentimental bliss, even though Mr Hugo only wrote the novel to emphasise the importance of Gothic architecture, I was engrossed, contentedly floating, only to have my enraptured state to be forcefully distracted by Asian squabbling over a flippin’ graffitied brass padlock.

Paris has distracted my attention on numerous occasions, from my writing to my professional career and will feature many times, in many guises in the future. In of this brief escape to the aphrodisiac capital of France, the concept of love & romance is embedded within all of us, our very own version, based on our experiences and should really revolve around that , unwavering belief, irrespective of what the rest of the world’s version of love is. For some, it’ll be gazing deeply and longingly into each other’s eyes for others it’ll be gazing, deeply and longingly outwards in the same direction.

4 Replies to “Distracted by a Brass Padlock”