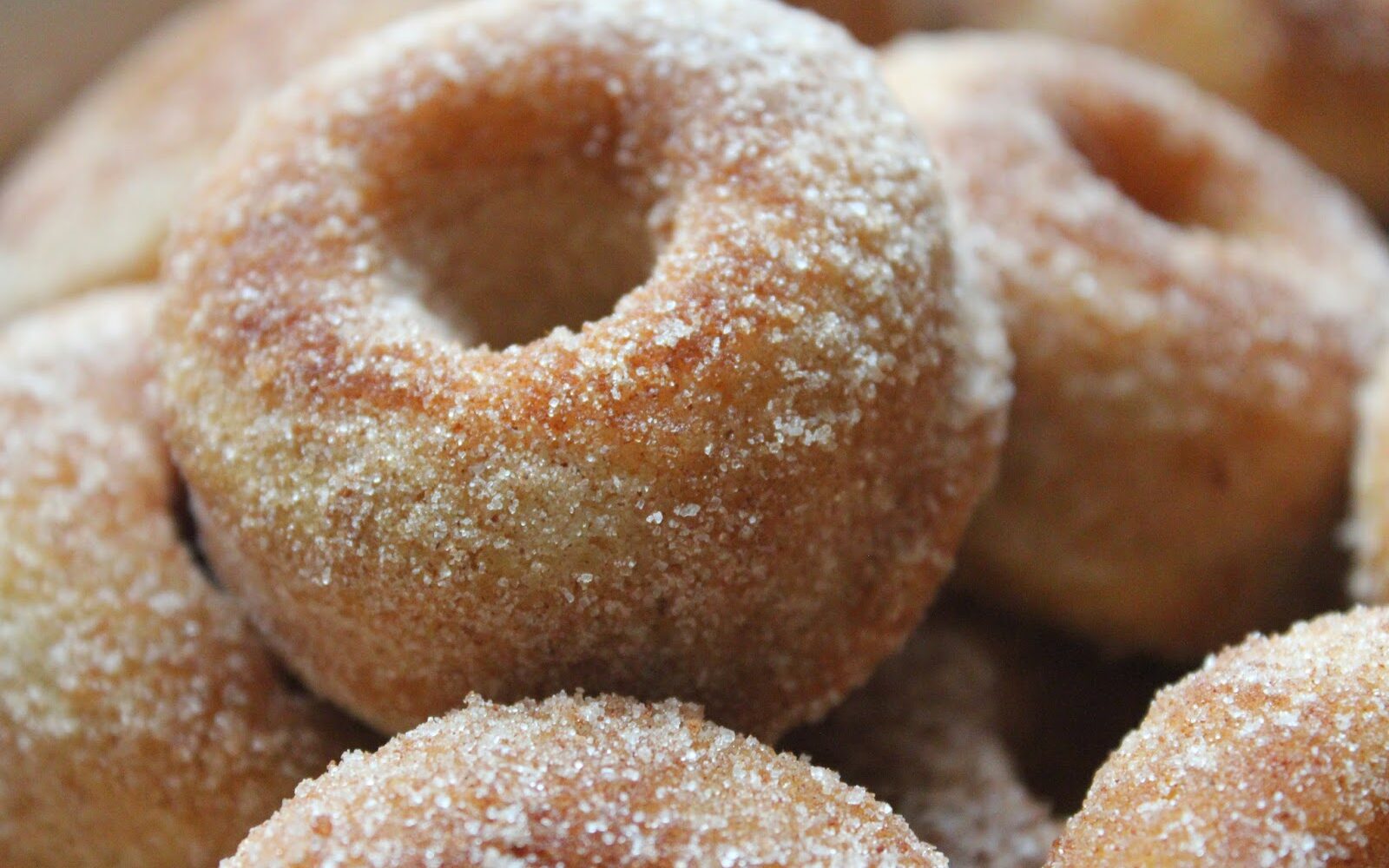 ‘I’m a bit of a control-freak. I just like to be in control of everything’

‘If I had a sticky doughnut for every time, I’ve heard someone use this phrase to describe either their working habits or personal life, I’d have enough sticky doughnuts to rebuild a life-size replica of the Eifel Tower’

‘I chose the Eifel Tower because it was easier just to stack the doughnuts on top of each other. Look this is not about the doughnuts. Stop being so pedantic. I’m simply illustrating my point with a visual image suggesting I’ve heard people use the phrase that many times, had I been awarded a doughnut on each occasion, I’d have enough of the little sticky bastards to stack as high as the Eifel Tower’

‘Yes, but wouldn’t they all fall over and besides why would you get a doughnut each time someone called themselves a ‘control-freak?’

‘Okay. Okay! If I had a pound every time someone called themselves a ‘control freak’ I’d be a thousand pounds richer’

‘I see. Then maybe you could afford to go to Paris and see how impossible it is to build the Eifel Tower out of doughnuts!’

‘Fuck off! This is not about doughnuts, pounds, Notre Dame or the fucking Eifel Tower. It’s just a saying suggesting something happens a lot’

‘So why didn’t you say, I’ve heard so many people say I’m just a control freak. I just like to be in control of everything and leave it at that, instead of attempting to visualise the impossible’

‘Okay. Okay! I’ve heard so many people say I’m just a control freak. I just like to be in control of everything!’

‘Exactly how many people have told you that!’

It is psychology related slang. The expression ‘Control Freak’ describes an individual who attempts to undermine other people, possibly dictating how everything is done around them, subsequently giving them control over the situation and a feeling of vitality and power. In rarer examples being pompous and pseudo-highbrow, mentally calculating the number of doughnuts it would take to replicate the Eifel Tower, borders on obnoxious hilarity.

In my humble opinion, without the reward of sticky doughnuts or currency, it is a personality disorder, which multitudes of people possess and often mistake the inherent need for control as some form of uncultivated leadership. That might sound as simple as the kid at the back of the classroom struggling with plastic yellow scissors and safety glue, however (and we ALL have an element of it), think how many people you know professionally & (sadly), personally that have a throbbing addiction to establish control, in everything from arranging the sandwiches at a picnic to immense strategies in the corporate world, almost always at the expense of others.

If I had a sticky doughnut and a pound for every time the said control freak attempts to disguise their torturous ways behind the ‘I’m a perfectionist’ door, I would be rich and morbidly obese.

Of course, many CF’s are perfectionists, defending themselves against their own inbred vulnerabilities, in the belief that if they are not in control, they risk exposing themselves once more to some childhood misgiving or angst, hovering above them like a well-greased French revolution guillotine, aching to behead and expose some pathetic juvenile, insuppressible dribbling trait. Such CF’s are not averse to manipulate and pressure others to change and use their power over them to escape the fate of the guillotine. When their pattern is broken, they feel powerless, almost beheaded, however feeling their pain & fear swiftly brings them back to their controlling-selves.

In the business world, CF’s tend to openly reprimand their inferiors, particularly during meetings. Often their behavioural patterns are based around a limited number of objectives they want to be done in a specific way, this trait can be quite positive (with some CF’s), as they probably care passionately about the project and can be typically bumptious to get their own way. Naturally, there is a gossamer-thin line between being a detail-orientated manager, who likes things done ‘right’ and being a destructive control freak, micromanaging an organisation, inhibiting empowerment and growth of others and generally coming across as an insufferable nob-head. In certain cases, the CF views their incessant intervention as beneficial or even a prerequisite of good business. This is often borne of the belief that others are wholly incapable of handling matters in the proper manner or the unreasonable fear that things will go wrong if they do not attend to every detail. In some cases, they may simply enjoy the feeling of power it gives them so much that they automatically try to gain control of everything and everyone around them.

Controlling people, ferociously demean and condemn others as a fragile means of building themselves up and appearing superior and in control. You’ll know such flaccid people, they’re easy to isolate from their perpetual dialogue about how dreadful, stupid and annoying almost everyone else is. The greatest burden for a CF is to be confronted by someone who isn’t as weak as the people they have trapped in their controlling lairs in the past. Many control freaks exercise their aggravating personas upon the (in their view), ineffectual people, the runts of the litter, the more hopeless types. Any sign of fire within them (and they all have it, it’s probably been quenched by controlling people in the past), and the CF’s attack with the ferocity of a brainwashed rottweiler, clamping their jaws upon the victim until the flicker of feisty independence is once again under control and extinguished.

In the workplace the CF’s will micromanage people & tasks, treating individuals as if they’re relatively incompetent. A stagnant situation where ideas, judgements and contributions are far from appreciated. Almost every workplace has them, infusing atmospheres with toxicity and distraction, zapping confidence and happiness, dwelling in people’s heads, whittling away any morsels of tenacity.

There’s no way around it, it’s an exercise in futility to try and change their behaviour, especially if they’re the ones in charge. Conquering Everest with a toothpick to grapple the ice with would be an easier option, unless you’re willing to engage in the counterproductive art of skulduggery and manipulation (which is a gargantuan subject I will cover another time), because naturally knowing the painstakingly exposed patterns of a control freak means one can double-bluff, exploit and transmogrify their behaviour to suit one’s requirements, whilst unclothing them for the inconsequential individuals they are. Nevertheless, does taking such unblushing, brutish actions make one indistinguishable from the shuddering character of the control freak. Probably! There are moments in life where you must outmanoeuvre the miscreation’s of life with colossal dastardly deeds. Naturally, not everyone is equipped with such a Machiavellian gusto (thank god), and unless you’re comfortable being control freak fodder, bowing down to their inadequacies and pitiable idiosyncrasies, it might be time to rise above the unbearable, otherwise known as, it’s time to get the fuck out. Your life is too short and priceless to live miserably under the thumb of a remorseless control freak. Nothing is worth your freedom, security, self-respect, health or joy.

Taking control of your own destiny & direction involves a multitude of positive attitude changes, encompassing a vibrant visualisation of where you want to be and how you want to be treated but it also vehemently requires eliminating controlling people from your life, such miscreants will be the roadblocks to your happy-place, regardless whether they are in your private or professional life.

If I had a sticky doughnut for every person, I know that has had plans & mindset thwarted by a control freak, I’d have enough sticky doughnuts…………It doesn’t matter!!