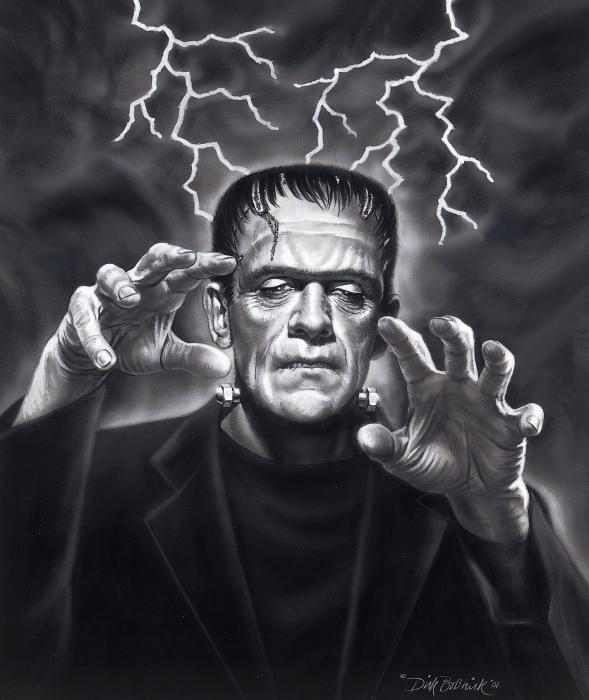 Getting Rich……..Quick! Build a Monster

‘There has never been a better time to join’

‘I found the business of my dreams’

‘You WILL have a global business’

‘Where will you be in five years time?‘

‘We will support you every step of the way’

‘Live the life of your dreams’

If I had a single pound for every time I’ve heard one of the above statements, I would already be rich (and quickly!). Naturally, there are the occasional organisations that can proudly stand by the shifty boldness of these statements. T declarations are all part of the Network Marketing enema, that one expects to be spurted out by almost anyone involved in the industry.

Network Marketing is a direct selling method in which independent-agents serve as distributors of goods and services, and are encouraged to build and ‘manage’ their own sales force through recruiting and training other independent agents. In this method, a commission is earned on the agent’s own sales revenue, as well as on the sales revenue of the sales-force recruited by the agent and his or her recruits (referred to as team or downline). Also called multilevel marketing (MLM), it is a multi-billion dollar worldwide industry that distributes practically any saleable item or service.

Historically Network Marketing (NWM), has carried the cumbersome burden of being a scam, a mug’s game, a con, in which people have lost substantial amounts of money and of course (in some cases), they most certainly have. Almost everyone has a caustic memoir of a relative, friend or acquaintance that has been involved in some element of the industry and one that has failed miserably for a number of reasons (with some still begrudgingly possessing a large pantry/garage/bedroom/kitchen cupboard full of obligatory, auto-shipped product from the company they signed into). The criteria to join the majority of NWM organisations centres around the ability to breathe and pay a starting-fee (some restrict it to just breathing), by default the ease of entry attracts its fair share of scallywags, cheats and shysters, hence tarnishing the otherwise brilliant concept. Let’s be fair though, there are also many companies themselves branded as NWM that have ranked highly in the (corporate) scallywags cheats & shysters (S, C & S’s), leagues (one day, when I can afford to be sued we will discuss those in more depth). History is littered with the involvement and disgraces of S, C & S’s from companies, products to individuals and in order to balance my scathing proclamation, typically there are some exceptional companies, products & individuals involved too.

In my humble opinion, NWM as a concept is impeccable and can be summed up quicker than a Network Marketing enema being spurted out.

In reality that’s there is to it, in its entirety. Thousands of people have made a substantial income from the industry, which was borne of community spirit and the power of people working together. Many people will pontificate about the ‘Keys to Success‘ in this self-regulated industry, some will even charge ridiculous amounts of money to simply tell you;

a. Nurture a positive ‘can do’ attitude

b. Have meaningful goals & dreams

c. Work hard to achieve them.

It’s abundantly obvious attributing a, b & c to almost anything or any concept will achieve substantial results, let alone in an industry that can be supportive and despite the S, C & S’s the industry attracts & clearly breeds, I’ve encountered some of the most wonderful people & business intellects imaginable.

By default the NWM industry, only marginally regulated, is a magnet for distraction. Honing in on lucrative rewards, from cars, exotic holidays to immense cash prizes, many people are suitably distracted from the naked truth, that anything worth having, will take a twenty-four-carat effort and not a shabbily metal-coated bracelet that makes your arm go green after one outing, type of effort. For those that crack through the veneer of the NWM enemas above and see beyond the ‘ground-floor opportunity’ drivel (unless, of course, it really is a brand new company), almost all of the rich-trappings of the industry are readily (with a massive effort & sustained determination), achievable, especially when exercising the a, b & c of the ‘Keys to Success’. Understandably, some organisations use the enticement of the NWM enemas to help catalyse and release dreamy-serotonin within people, unashamedly sparking their life-bedraggled, forgotten imaginations and of course, people join on that awe-inspiring premise and subsequently create a successful business, unwittingly ‘reaching for the stars’ and getting there!

The natural competitiveness between different NWM organisations (and there are literally thousands of them), is rampant and territorial, even causing rifts within the same organisation as agents/distributors/associates/partners/S, C, & S’s contend for the identical targeted audience of people, some of whom are desperately seeking a second income. Seasoned NWM ‘professionals’ (graded through a limp system of accreditation of their own creation, where even beggarly success is taken into consideration, are self-knighted as ‘leaders’), are battle-ready. Their battlefield armoury utilising a bountiful arsenal of NWM enemas, diligently alluding to the meaningless existence of their target, blinding them with easily achieved rewards & glory, throwing in handfuls of success stories and the usual ‘I was desperate and working 18 a day in a fish-finger factory, until I discovered this amazing business’ type testimonials. It all works in its own way and thankfully a considerable number of people make a much-needed income from the industry.

As the prerequisite for the NWM is limited to effort, determination, attitude and the ability to communicate effectively with people, with little or no academic vetting arrangement (as regimented within the commercial/corporate world), entry is straightforward and generally swift. Predominantly self-employed, the choices of which company to be involved with, revolve around multiple variables contained within three distinct categories. The Three P’s of NWM;

a. Product – Ranging from every day (Fast-Moving-Consumer-Goods) to very specific products in the Health & Wellness market and the Service industry. Whatever the products consist of they generally have to have mass-market appeal in a consumer-driven society.

b. People – It is an industry where people join people. The lure of the concept is making money, however much relies on the person promoting the business and ‘leadership’ within the organisation. It is not uncommon for people to enrol into a company through their acquaintance, trust, & loyalty in the person promoting the business to them, not to mention the protagonist’s personality & demeanour (some people are dazzlingly made for NWM, in the same way, some are clearly not).

c. Plan – The engineering behind the business that calculates commissions & bonuses. Compensation Plans (also known as Marketing / Sales / Pay Commission Plans come in varying guises and offer different levels of payout based on sales & recruitment of people. Fundamentally they all perform the same functions just in different programmed mannerisms. There isn’t a chasm of difference in what the various plans pay out. There is literally no such thing as a ‘lucrative Comp-plan’ and such an expression firmly sits in the NWM enema pile of ‘my business is better than your business’

The concept of NWM is beyond brilliant. Make an extra income (even life-changing amounts) and be supported to do so, selling (in most cases), what people need. On a personal experience level, I can categorically state its one of the most rewarding business systems on the planet, allowing ordinary people to make extraordinary incomes. Dismally, its ease of entry and with the mere mention of ‘people’ & ‘money’ it either attracts swarms of ‘Scallywags, Cheats & Shysters’ or manufactures them easily and in abundance. Watch out for them, they’re the self-proclaimed ‘leaders’ who rattle much but deliver little, when all people really need is a little coaching in the working gears of the business they’ve joined and ongoing support & encouragement to perpetually do the business, wrapped in a glowing layer of inspiration & motivation. There is absolutely no requirement for hamming it up or making it more complicated than that.

Naturally, the NWM industry plays its sinister part in manufacturing some of the pseudo ‘leaders’, back-patting extortionate amounts of belief into people, diverging their thinking that they are capable of leading an army into battle, regardless of a lifetime of failures they barely squelched through, in the barren dark years before they discovered NWM. Frankenstein, Mary Wollstonecraft Shelley’s novel, which tells the story of Dr Victor von Frankenstein, a promising young doctor who becomes obsessed with bringing the dead back to life. His experiments lead to the creation of a monster, which Frankenstein has put together with the remains of corpses. A monster that then wreaks havoc as it goes out of control, not having become properly accustomed to the renewed animation electrified into him. In other words, abrasive evolution rushed through without the cerebral learning to cope with the new and unrecognisable lease of life. The NWM industry creates monsters that wreak havoc as their newfound fame, adoration & riches is unmatched by their scholarships and evolutionary growth (a huge factor why they don’t emulate their NWM success in the outside-of-the-industry world).

Like any type of business or activity, NWM takes relentless effort and undying enthusiasm and can have lucrative results, equally like any business or activity it can also fail miserably. As a fully supported structure, people are unlikely to lose their life savings or the roof over their heads if the business doesn’t work out, particularly as the primary investment isn’t personal cash or collateral. people could potentially lose out on is the effort and time they put into the operation and with some NWM companies, they’ll be left with enough auto-shipped products that will last three lifetimes.

So, avoid the Network Marketing enemas, be vigilant with the Scallywags, Cheats & Shysters and don’t be bullied by unqualified, self-promoted ‘leaders’ and remember at the end of the day it is your personal efforts that will ultimately produce results, especially if you engage the a, b & c of the ‘Keys to Success’. Now go and build a monster (but not the Dr Victor von Frankenstein type)

4 Replies to “Getting Rich……..Quick! Build a Monster”